In this section, we begin Chapter 4 of the study with a description of the centre platform option at Bloor-Yonge Station.

Some of the work needed for this scheme was built during construction of 33 Bloor Street East and the Toronto Parking Authority lot between Hayden and Charles Streets.  The TTC took advantage of the subway structure being uncovered to widen the station and replace the centre columns with a roof spanning both platforms and tracks.  As you can see from visiting the station, this work ends at the northern third of the station because this is physically inside the structure of The Bay.

The section on construction feasibility describes what is necessary to continue this layout further north and it involves, among other things, closing the Bay’s concourse during construction.  That entire passage is almost surreal because it details problem after problem with the construction, but forges bravely onward.  There’s also the small matter of closing Bloor-Yonge Station because the existing platforms must be removed before the tracks can be relocated.

Chapter 4.1 details the centre platform option at Bloor-Yonge. One challenging part of this is the connection between the new platform and the Bloor subway. This is provided by a new passageway under the southbound platform running north to the point where it encounters the Yonge Station structure. Here it dips down below the existing station to provide access up to the central platform.

Building this connection is very difficult both because it is difficult to get equipment into the affected space, and because of groundwater conditions.

The north end of the station lies within the structure of The Bay and immediately adjacent to the Bell Canada Asquith central office. Widening the structure at the north end is constrained by the location of the buildings.

[Due to the physical size of the drawings, I have scanned them in sections.]

Exhibit 4.1.1 (A) shows the northern third of the new station. Visible here is the taper necessary to fit between existing buildings plus the location of the connecting passage to Yonge Station (dotted lines under the southbound platform). 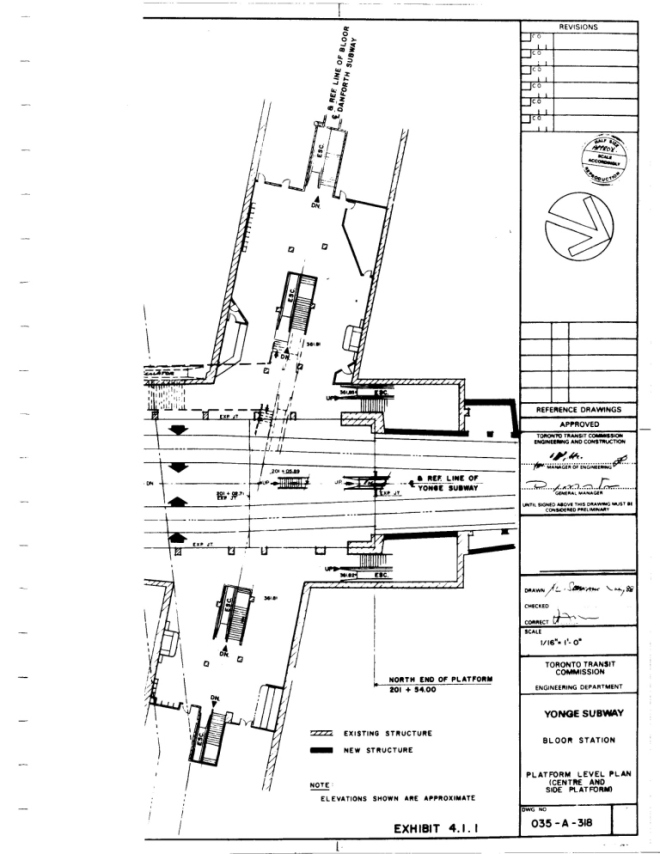 Exhibit 4.1.1 (B) shows the central part of the new station. The passageway under the southbound platform is clearly visible here. One point to note is that this is the only way to get from the new centre platform to Yonge Station. Pedestrian flow would be unidirectional, but this is still a potential choke point especially if any of the escalators along the way are out of service.

Note also the physical location of the Bloor Station relative to Bloor Street above. The widened part of the street is left over from the days when a streetcar transfer station connected to the subway here. You can see remnants of this in the layout of the subway structure below. 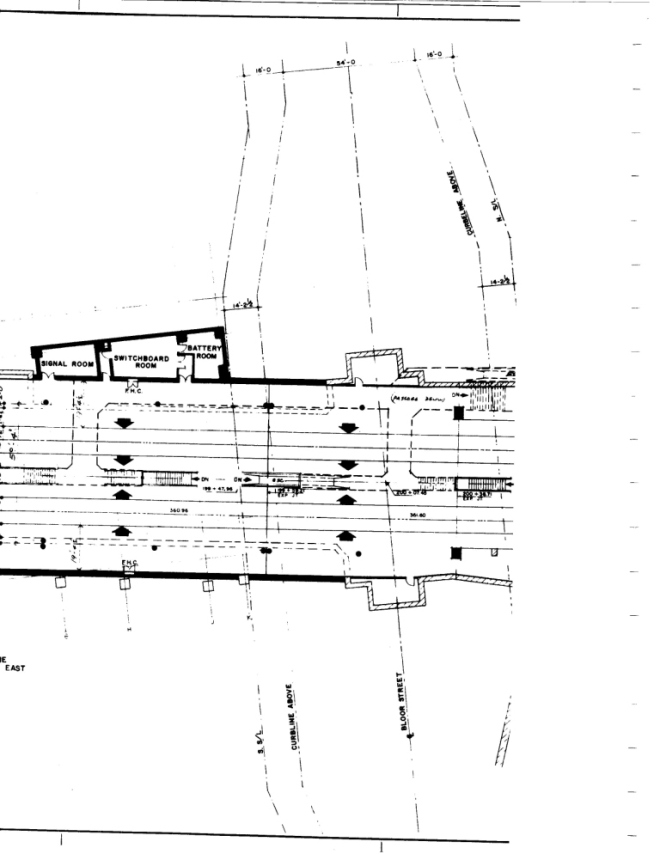 Exhibit 4.1.1 (C) shows the south end of the station. The third platform is new, but the exits through 33 Bloor East have already been built roughly as shown. 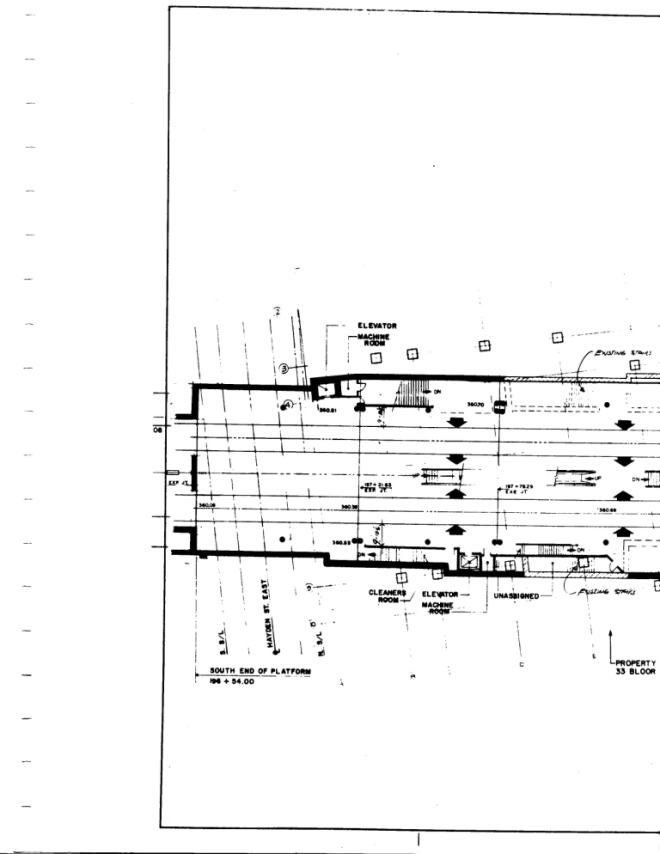 Exhibit 4.1.2 is a fascinating drawing looking up, yes, up at the subway structure from below to show how the various elements of Bloor-Yonge Station relate to each other. 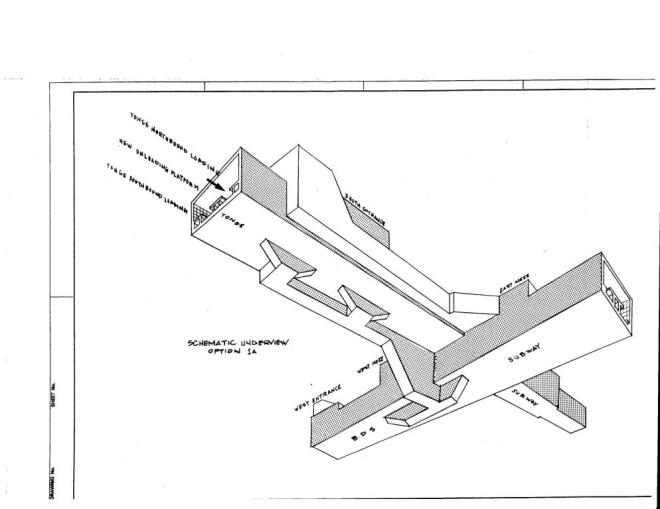 Exhibit 4.1.3 (A) shows the north end of Bloor Station for construction staging purposes. I have included it because it shows the location of the Bay and Bell buildings. The Bay was built around the subway, but the Bell building predates it and cannot be disturbed. This is the main switching office for central Toronto. Originally, it was the “Walnut” exchange, now “92”, and the first electronic exchange “964” is also housed here.

Exhibit 4.1.3 (B) shows the central part of the station and the limit of “Segment C” (described in the text) which begins at the south side of Bloor Street.

Exhibit 4.1.3 (C) shows the south part of the station and “Segment B”. Parts of this already exist, except for the new platform and the relocated tracks. 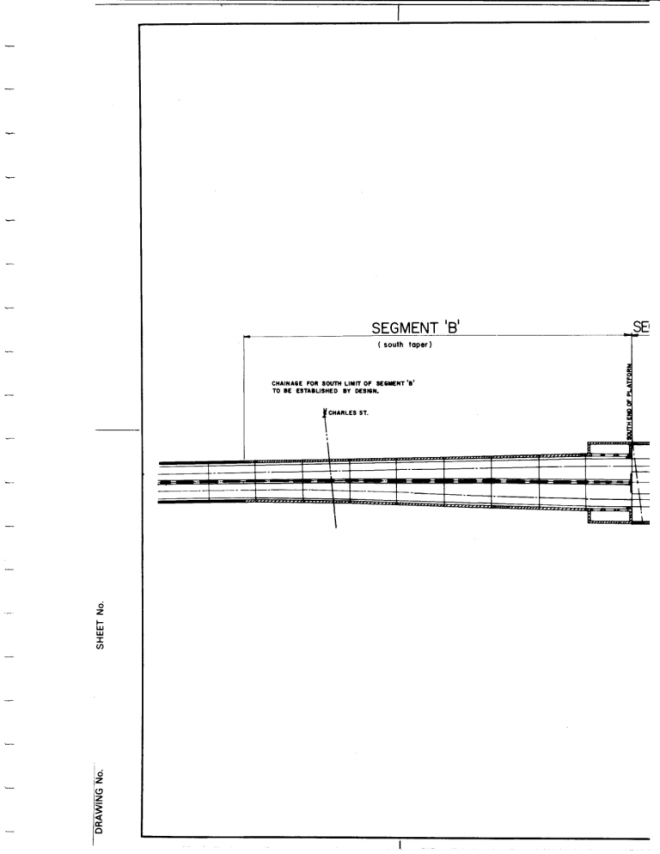