The new subway would bring major changes in travel throughout the transit network.  The TTC produced a large poster, the size of a two-page foldout in newspapers of the day explaining many features of the line and its operation. 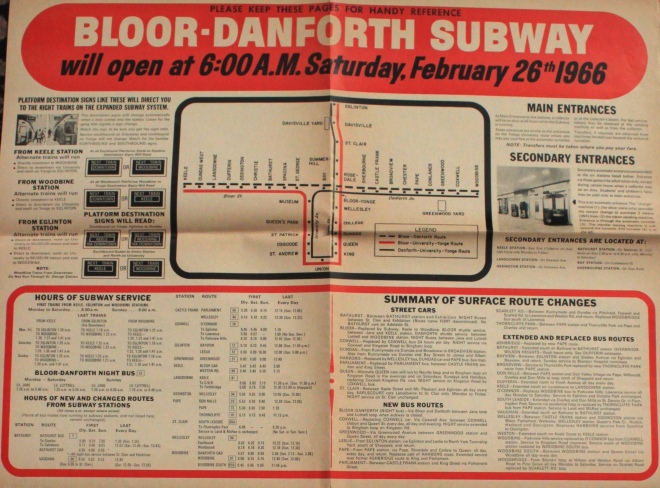 Probably the largest reorganization of routes in the TTC’s history accompanied the opening of the new subway including the change or removal of several streetcar lines. This was to be the beginning of a gradual dismantling of streetcar operation leading to the opening of a Queen Street subway in 1980. 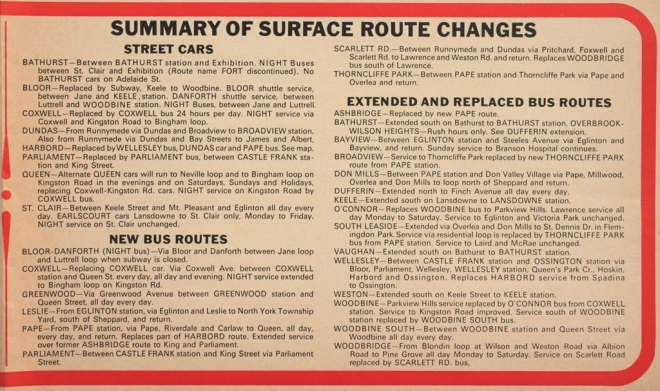 Lest passengers be confused about the destination of their trains with the integrated subway service, platform signs would indicate where the next train was headed. The signs remain on many platforms with their displays fixed to the now-standard destinations. 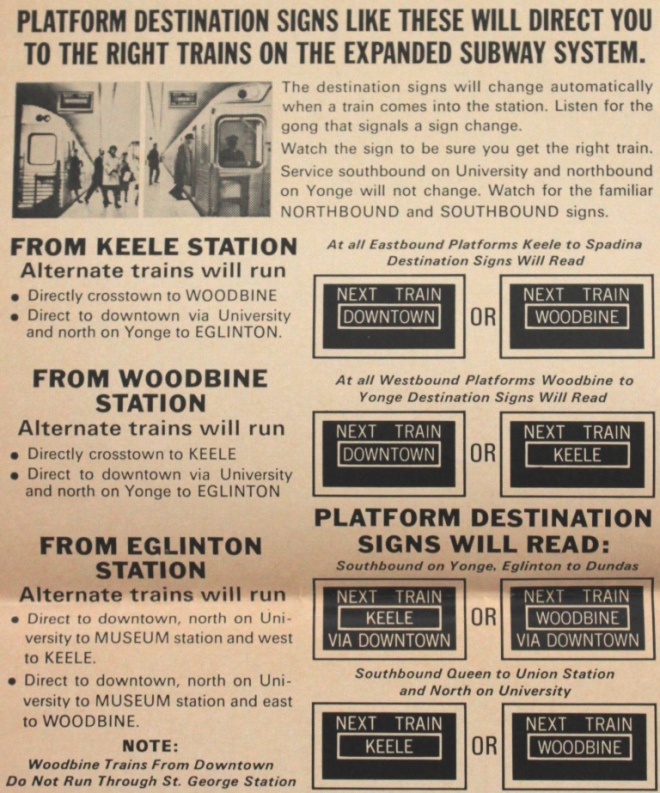 The two-zone fare system still existed, although its boundary would not be punctured by the subway until the extensions beyond the old City of Toronto opened. The fine boundary line is visible in the route map below. 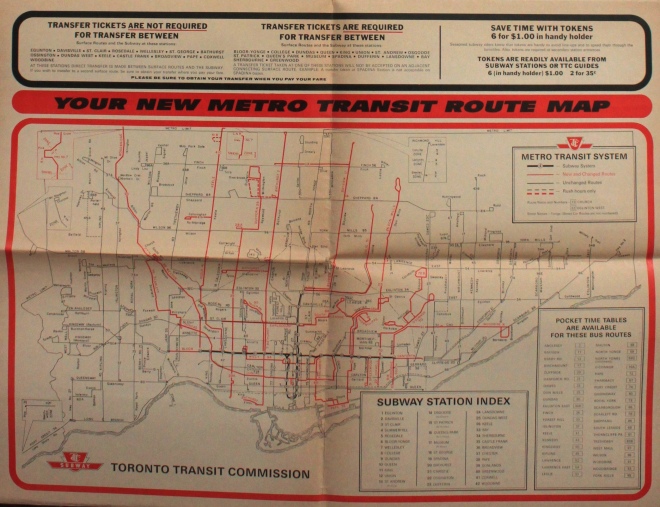 Adult tickets were still a common method of fare payment, and the TTC exhorted travellers to switch to the mode used by “seasoned subway riders”, tokens, at the princely price of 6 for $1 in handy cardboard holders.

For the opening, a special commemorative token holder was issued.

The subway had its own pocket route map. 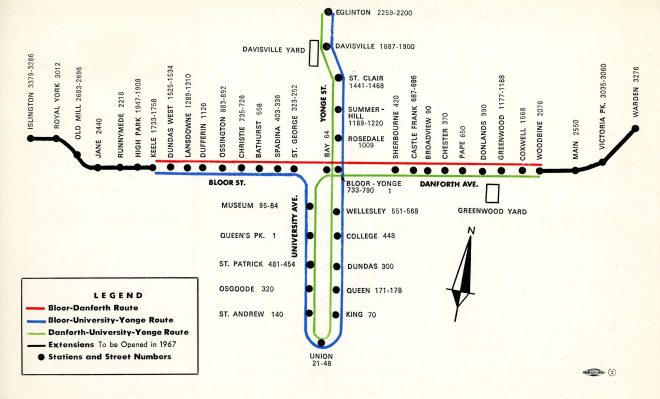 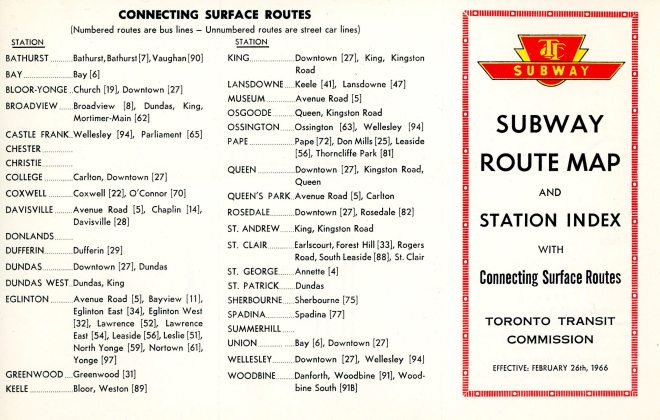 Six months later, this would change to the routes we know today. 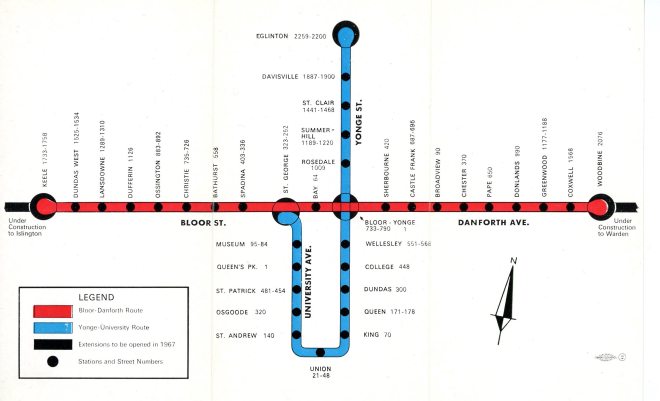 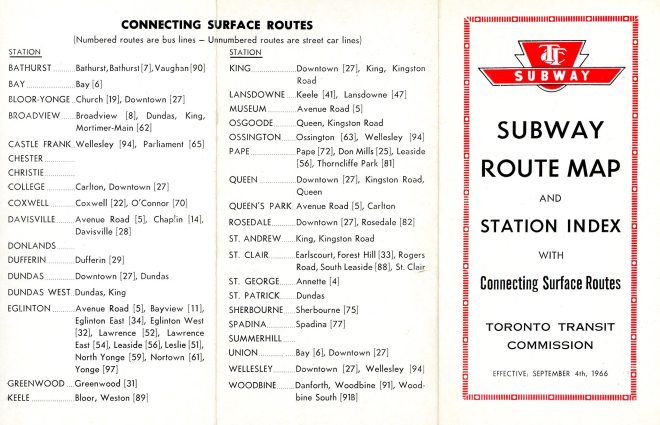