The shortest streetcar line in the world exists, albeit without service, as the first piece of new surface track appeared on the 509 Harbourfront route at the Peter Street slip.

On June 11, the eight expansion joints for the future bridge crossing were set more or less in place on the new bridge deck. 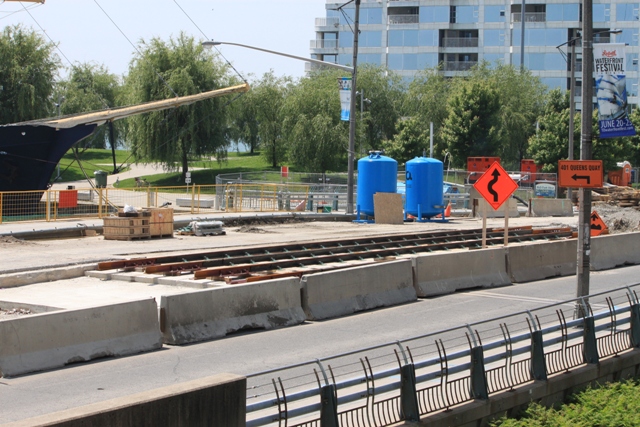 By June 13, the tangent rails had been added, although the expansion joints at the west end of the bridge (below) … 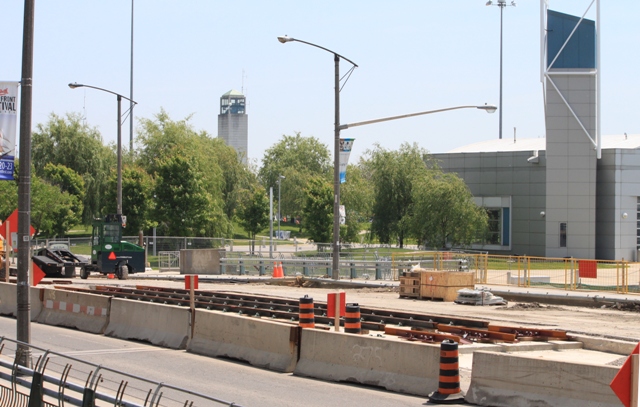 … had not yet been attached.

Note that, like subway track, the rails are mounted directly on the bridge deck, not on ties.  This approach is needed because the bridge design does not include the depth needed for the layer of ties normally found in TTC streetcar track. 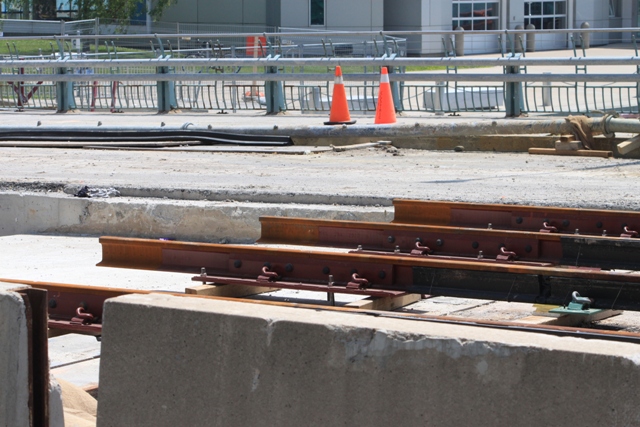 The view below shows a close up of a test section of track built just west of the corner of Bay and Queens Quay.  The use of the rubber sleeve to mechanically isolate the track  is quite clear.  Under the plastic covers (with duct tape on them) are Pandrol clips holding the track to steel plates in the slab below.  The slab containing the track is separate from the base slab so that only excavation of the top layer is needed for track replacement. 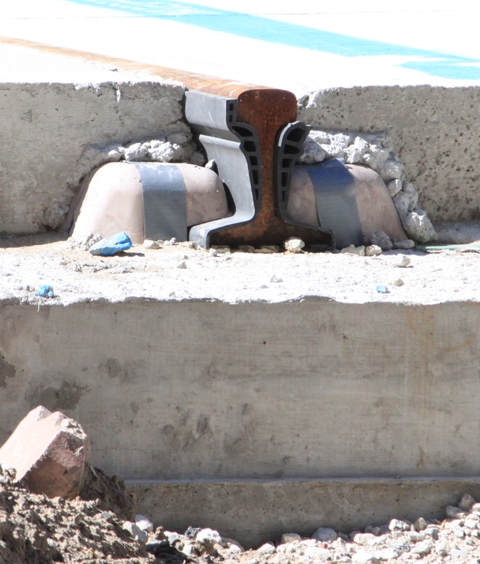 The original Harbourfront track did not have the rubber layer and was quite noisy because the whole trackbed vibrated as cars passed.  This is one of the last pieces of mainline “thunder track” to be replaced on the TTC network, a process begun 20 years ago.