Recent discussions about TTC ridership and fare evasion included references to the numbers of riders who use each fare medium, but this was not published in detail in reports and presentations.

The TTC publishes a breakdown of ridership through the City of Toronto’s Open Data Portal including values for each type of fare annually back to 1985. Charts in this article use the data from 2005 onward. [Click on any chart to open an expanded version.]

With the availability of Presto, Adult fare payments have been migrating to that medium for the past few years. The chart below shows the number of rides by fare type and the evolution of the preferred medium is clear over the years.

The bands associated with monthly passes could overstate actual ridership depending on the accuracy of diary-based estimates. There is likely a drift between the ridership multiple (rides/pass) used to calculate the published figures and the actual ridership as discussed in my previous article about the Auditor General’s Report.

The data above show ridership values, and these are reformatted below as percentages of all Adult trips.

In order to make the low-usage media values clearer, the chart below includes only media for which less than five percent of Adult fares were paid with each type. 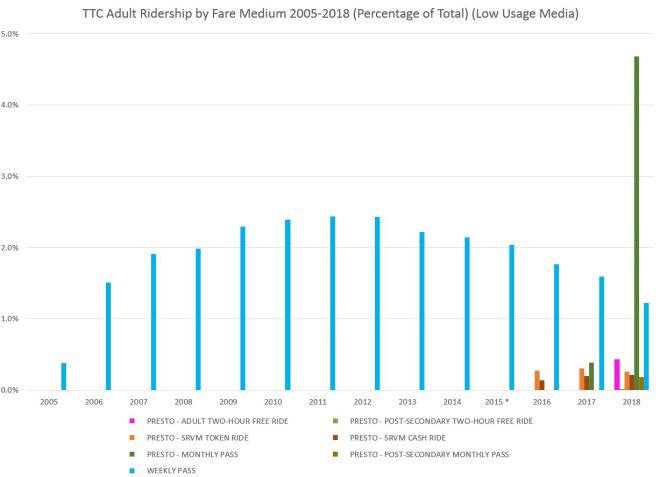 Seniors and Students receive approxiately a 1/3 discount over Adult fares at the ticket/token rate, although their discount for passes is lower. This means that more trips must be taken by a passholder to “break even” compared with paying by tickets.

The chart below shows the same data as percentages of all Senior and Student fares. 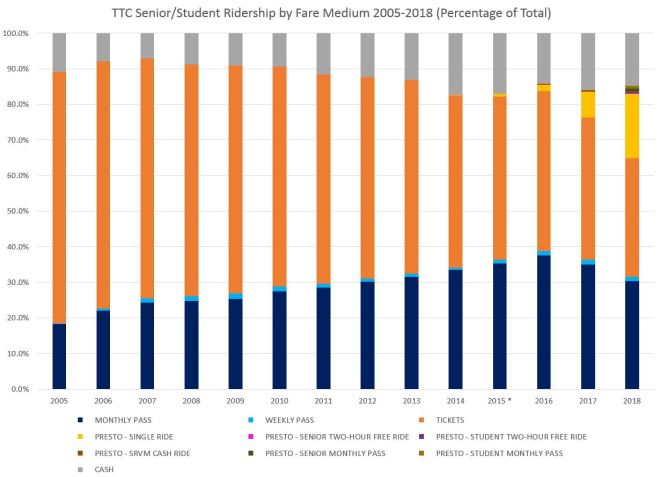 The low-usage media for Seniors and Students are a small percentage of that market, which in turn is considerably smaller than the Adult fare market.

The advent of free rides for children 12 and under more than doubled the estimated riding from this group. Presto “children” (although there is some dispute about how many of these are genuine) have added a few more. 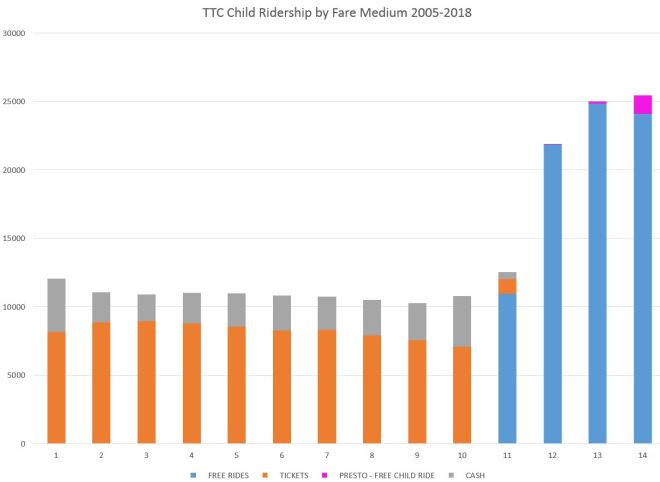 Finally we come to a collection of fare media that collectively account for a small and declining amount of total ridership. Day Pass usage has been dropping thanks to Presto, and this medium will disappear entirely later in 2019. 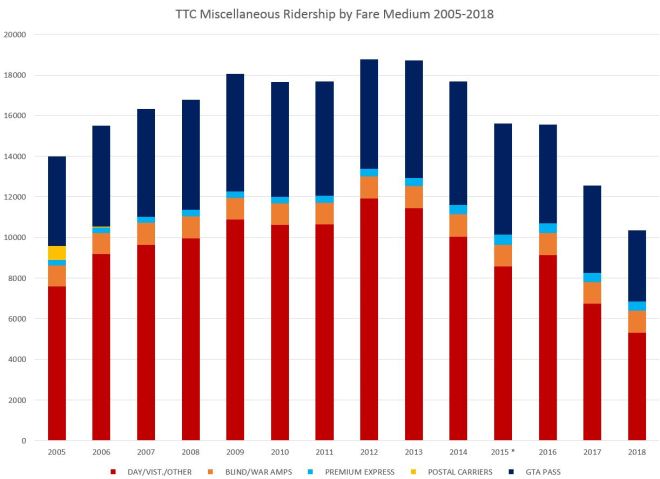 The jump of over 10 million rides associated with free children’s travel offset a chunk of the adult ridership loss as noted above. This also partly blinded the TTC Board and Senior Management from what was happening to their system overall. The decline of total ridership began in 2017, but the Adult decline had already been underway since 2015.

The complete set of charts in PDF format is linked below.